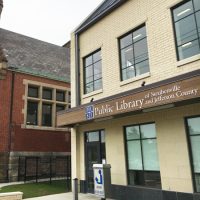 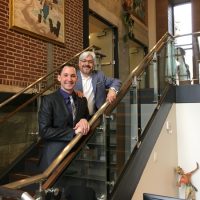 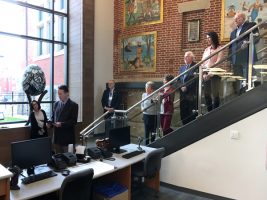 Steubenville showed its pride as it cut the ribbon and began showing off the newly expanded library.  The expansion and renovation project includes a 10,000 square foot, two story addition as well as updates to the original library.  The library’s main entrance is shifted to the addition, which includes and elevator.

The Public Library of Steubenville and Jefferson County was completed in 1902 and was one of the first “Carnegie” libraries, funded through a grant from Andrew Carnegie.

The project was initiated to achieve compliance with the Americans with Disabilities Act and create an accessible entrance.  It also included other goals, including a new children’s library, reading rooms, a community room, and space for computer stations.